COVID-19 Update: We are open and serving clients remotely and in-person by appointment. Call us at (212) 840-0050 or complete our form to schedule a confidential consultation. 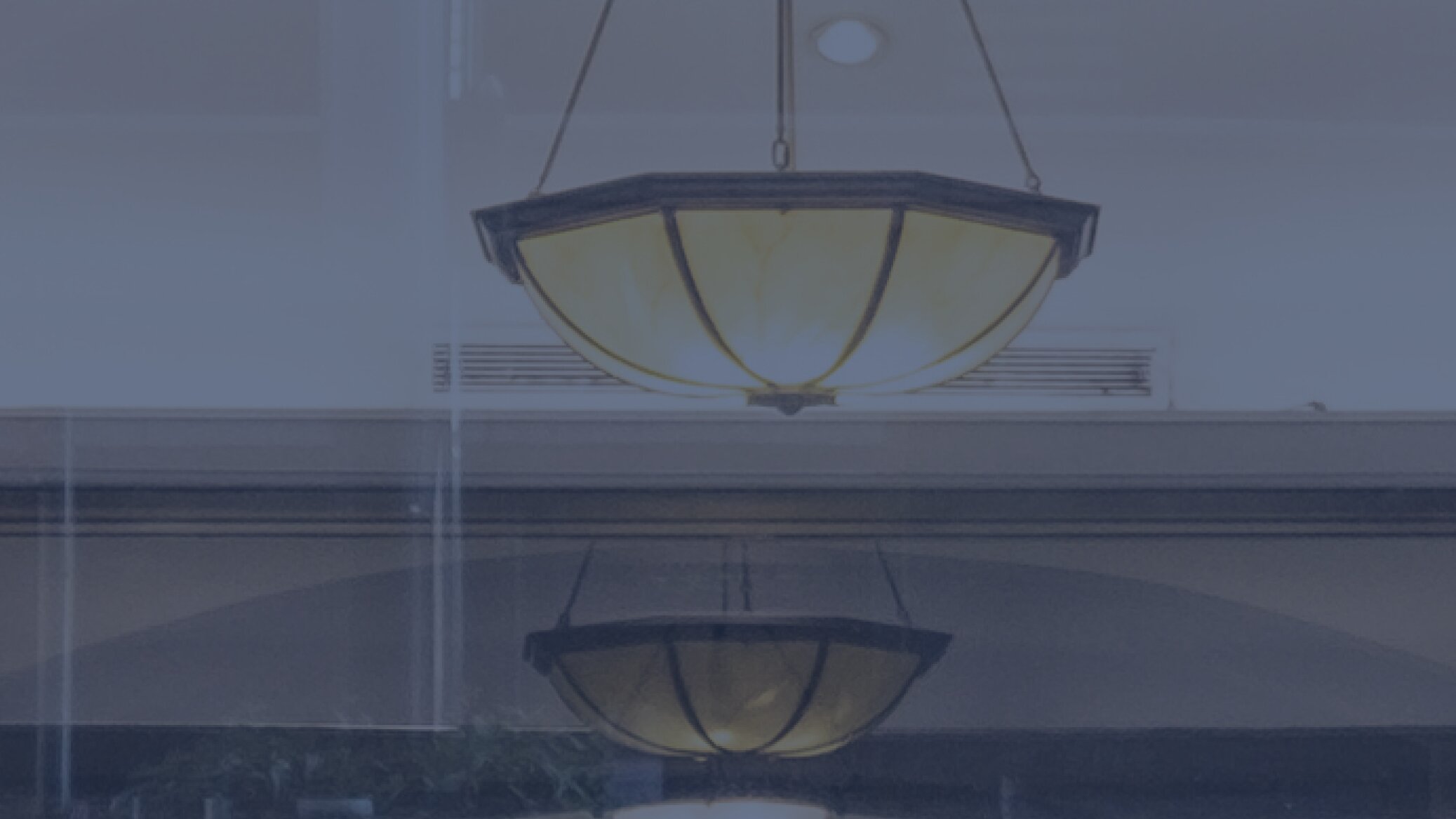 Stay up-to-date on the latest immigration law news, with the Cohen & Tucker team's insights behind the headlines

US Citizenship Interview Guide: What Should You Expect?

If you meet the eligibility criteria to become a United States citizen, you have a few steps you’ll need to take before naturalization. One of the biggest steps is your citizenship interview, which follows your citizenship application.

While your interview is extremely important, it may not be as difficult as you’re expecting. Most people don’t have trouble moving through the interview process.

Here’s what you should expect during the process of becoming a citizen and how to prepare for success.

What Is a United States Citizenship Interview?

A United States Citizenship interview is one of the most important parts of becoming a naturalized United States citizen. The interview process involves a few exams. You’ll also need to answer some questions your interviewer will ask about you, your history, and your family.

The interview is only one part of the process, but it’s a necessary step you have to take before you’re awarded your naturalization certificate.

What Is the Difference Between Citizenship and Naturalization?

What Do You Have To Do Before a United States Citizenship Interview?

You can’t immigrate to the United States and immediately become a citizen. There are several steps you need to take, and there’s a waiting period before you’re eligible to apply for full-fledged naturalization.

You’ll use a visa appropriate for your situation to come to the United States. There are non-immigrant visas (for temporary stays) and immigrant visas (for people who intend to live in the USA). You’ll need an immigrant visa for this process. If you’re currently in the United States, you’ll use a process called adjustment of status to request lawful permanent resident status. If your overseas, you’ll go through a process called consular processing. If approved, you’ll receive a green card that can be valid for as long as ten years.

Live in the United States for 5 Continuous Years

Passing your interview and taking your oath will officially make you a naturalized U.S. citizen! This is a very exciting moment for many immigrants who have longed to live the American dream.

Attend a Biometrics Appointment (If Necessary)

How to Prepare for a Naturalization Interview

Don’t feel intimidated by the naturalization interview process. As long as you meet the requirements and can accurately answer the questions asked, you’ll be granted naturalization. Study the questions and practice your English skills — you’ll likely feel better about your interview opportunity if you thoroughly prepare.

Learn About the Process

If you’re nervous, speak with someone who has already become a naturalized citizen. Many naturalized citizens share their experiences with the process online. You can read blogs or watch videos posted by people who have been through the process. This will help you learn what to expect and put your nerves at ease.

Review the Questions and Answers

There is a list of 100 questions they may ask. You’ll be asked ten of those questions, and you only need to answer six correctly to pass. It’s okay if you miss a couple of questions. Just review the study materials as much as you can, and you’ll get familiar with the majority of the civics test questions.

Brush Up on Your English Language Skills

The naturalization interview is given in English. If English is your second language, you might want to brush up on your skills. You can use language learning apps or free online tools to practice your English language skills.

There is an English reading and writing test you need to complete as a part of your interview. You also must demonstrate you understand English. In order to successfully pass the interview, you need to be sufficiently fluent in English.

It’s only checking for a basic understanding. If you can read menus and order your own food at a restaurant, speak to your doctor, or ask for directions, your English skills are likely good enough to pass the test. If you’re not having a hard time reading this article, you’re going to pass the reading proficiency part of the test.

What Should I Bring to My Citizenship Interview?

You’ll need to bring a few additional documents with you to your citizenship interview. The information you receive along with your appointment notice should specify what you need to bring. Typically, you should come with the following five elements:

You may be required to bring other documents depending on the circumstances. Make sure you have everything before you leave for your interview. If you show up to your interview without important paperwork, you may not be able to complete your interview.

How Does The Interview Process Work?

In addition to taking a U.S. history and civics exam and an English test, you’ll sit down for an actual interview. There’s no reason to feel intimidated about the types of questions they’ll ask you at your interview.

You’ll be placed under oath, which means you promise to tell the truth. This is common practice in the United States for speaking within the administrative and judicial systems. Your USCIS officer just wants to affirm that you understand you’re expected to be honest. You’ll be asked questions that are very easy to answer truthfully.

You’ll be asked basic information, like your name, age, height, and date of birth. You might be asked about your immediate family, like your parents, spouse, or children. These questions will all be about basic information. You don’t need to have any special knowledge.

You shouldn’t have to think too hard to answer the interview questions. There is no wrong answer for most of the questions. The interview is more about collecting relevant information about you and your history.

After you complete your interview and pass your tests, you’ll have a oath ceremony. After the completion of this ceremony, you’ll be awarded your naturalization certificate. When you’re awarded your certificate, you’re officially a naturalized citizen of the United States.

The ceremony will likely take place on a different day from your citizenship interview. You’ll get a notice from USCIS with the date, time, and place of your naturalization ceremony, and they’ll tell you what to bring with you.


This is a formal ceremony, but it’s also a time of celebration. It’s a lot like graduating from University. Other permanent residents will be there to take the oath and collect their naturalization certificates. People may clap to congratulate you for successfully becoming an American citizen.

Swearing Your Oath of Allegiance

In simple terms, the oath means that you no longer see yourself as a citizen of another country. You view yourself as American, you support the laws of America. You won’t betray America to its enemies.

It also states that you’ll perform service in the military or under civilian direction when the law requires it. In the past, there was a military draft where people were required to perform military service. This hasn’t happened since the year 1973.

It mostly means that you will listen to people in positions of authority and abide by what they say, in addition to following the law. The last part of the oath means that you’re choosing to become a citizen, and you understand what it means to be a citizen of the United States.

What Happens After I Become a Naturalized Citizen?

Naturalization affords new citizens virtually all of the same rights and privileges as American-born citizens. Naturalized citizens can do things like vote in American elections, use federal aid programs to attend American colleges, and petition for their family members outside of the country to join them in the United States.

Naturalized citizens can’t be deported. You won’t encounter any trouble with immigration law or traveling in and out of the country. You’ll be issued an American passport that will make it easy for you to visit friends and family overseas or take extended vacations abroad.

Do You Need Help With the Naturalization Process?

The naturalization process can be difficult, and immigration lawyers can help. Although the interview itself isn’t too difficult, the process of getting the interview and navigating the requirements can be a lot to handle. The Cohen, Tucker & Ades team has been helping American immigrants achieve their dream of citizenship for decades.

If you have any questions or concerns regarding the immigration process, our detail-oriented immigration attorneys are prepared to assist you through the process with legal advice and compassion. We’re here whenever you need us. Contact us for more information about legal assistance through the naturalization process.

Not sure which option is right for you? Request a confidential consultation today.